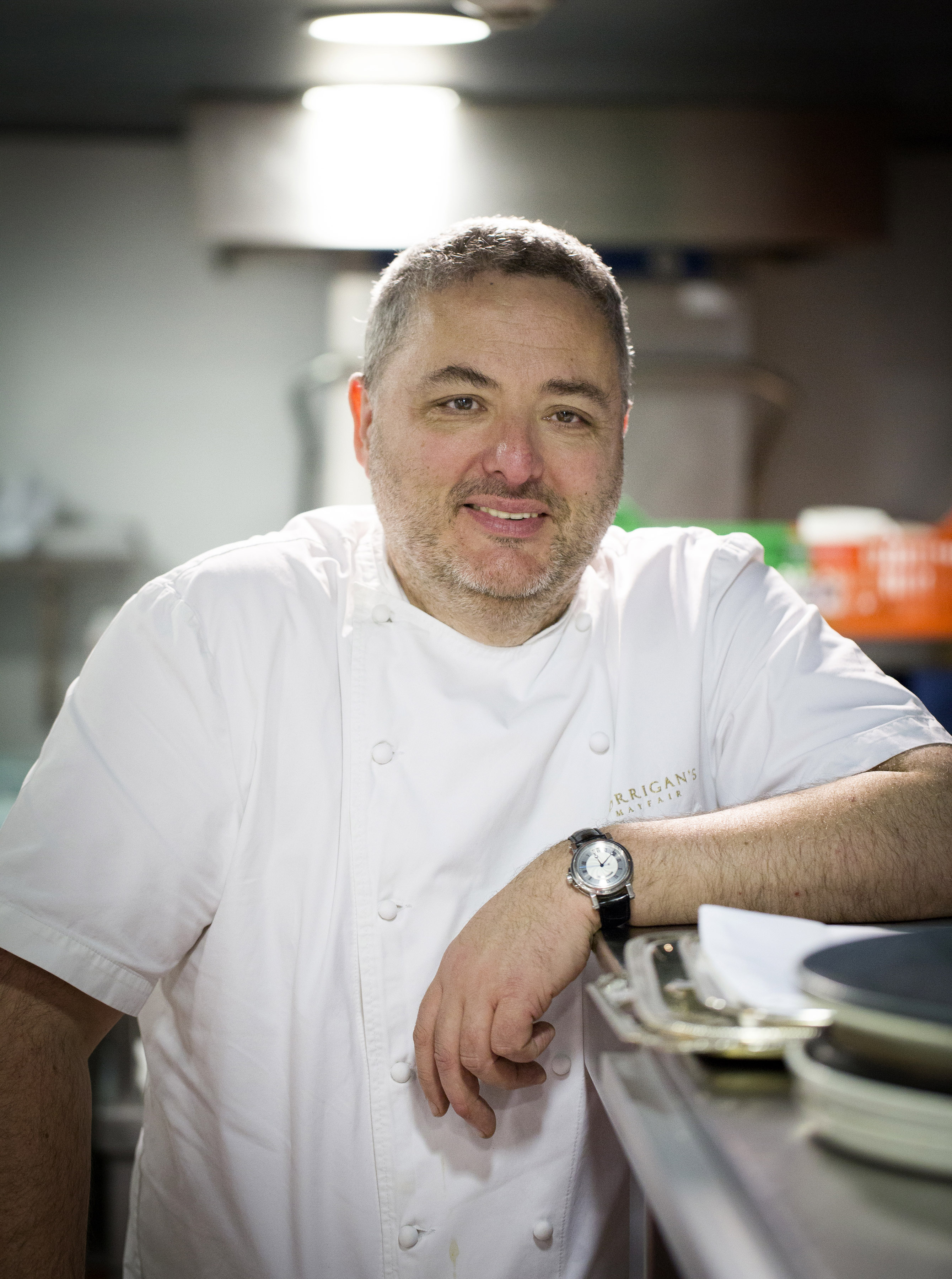 Richard is undoubtedly the most established and well known Irish chef we have in the country. He has opened numerous restaurants, gained Michelin stars, he is the author of two recipe books, cooked for the Queen and Barack Obama, and regularly makes appearances on radio and television; notably winning Great British Menu three times, and a regular judge on the popular BBC series.  Richard runs Bentley’s Oyster Bar & Grill off Piccadilly, Corrigan’s Mayfair, Dickies Bar, as well as Virginia Park Lodge in Co Cavan, Ireland.

A farmer’s son, Richard began his teenage career in the kitchens and has cooked all his life. He is a vehement supporter of British and Irish produce and small independent suppliers. Richard’s chefs only use wild game, wild sustainable fish, and produce such as butter, cheese and charcuterie is sourced from mostly from family run independent businesses in Britain and Ireland. Bread is made in the restaurants bakeries (also available at Fortnum & Mason’s) and salmon is smoked on Bentley’s Oyster Bar & Grill rooftop; in short everything where possible is made from scratch in-house.

Heat the sesame oil in a heavy-based pan and sweat the shallots, gingers and chilli without colouring.

Add the rice wine vinegar and reduce by a third.

Add the sugar syrup and bring to the boil.

Reduce the heat and simmer for 3-4 minutes.

Allow the Vietnamese dressing to cool before using, pour over freshly shucked rock oysters with some chopped coriander on top.