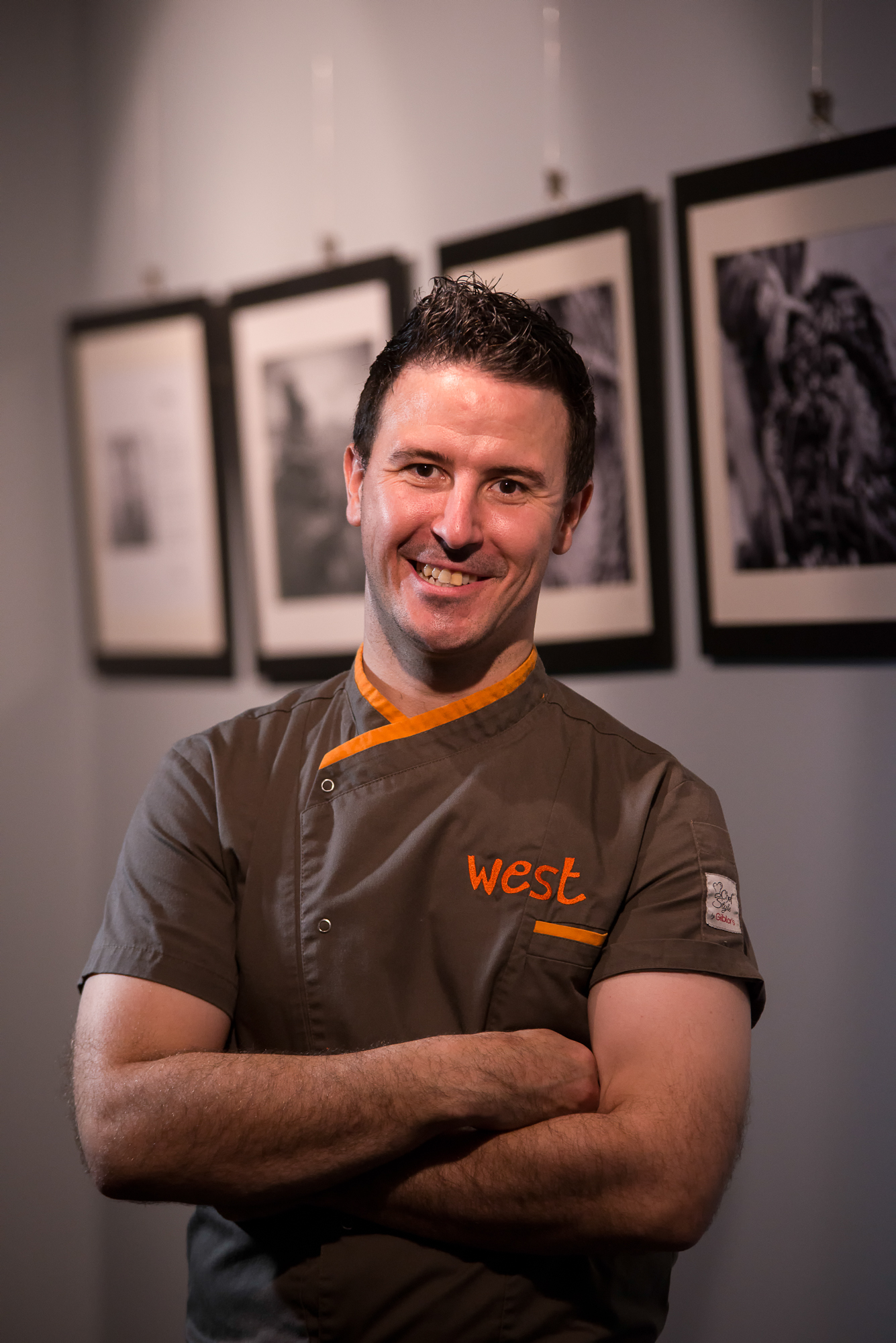 Martin trained and worked in many of Galway’s and Ireland’s finest restaurants before taking up position of Head Chef at The Pins Gastro Bar. Under his direction, it quickly became one of Galway’s top casual eateries; winning ‘The Best Gastro-Pub in Ireland’ and numerous other accolades. The Pins was recently acclaimed with its first culinary Star Rosette from The Automobile Association’s Food Academy.

Martin took on the role of Executive Head Chef of The Twelve to bring his talents to West at The Twelve. West has gone on to become a finalist in the ‘Best Hotel Restaurant in Ireland’ and has won a Gold Medal Finalist award for ‘Best Bistro in Ireland.’  It has also been awarded two culinary rosettes for creative excellence.

With a style of cooking that focuses on local and seasonal ingredients – traditional dishes with a contemporary twist – Martin’s passion is using local producers who are passionate about their produce. True to the region, True to the season.

Firstly toss the fresh nori in gluten free flour and then deep fry at 180 c for 1 minute, remove from fryer and season with salt and vinegar powder, allow to cool.

Cook the shallot in a knob of butter for few minutes until tender on a low heat, add the wine and reduce by half. Then add the cream and reduce again by half.

Remove from the heat and whisk in the diced butter slowly until it blends in with the emulsion and creates a lovely sauce consistency similar to cream. Do not re heat as it will split, keep in a warm (not hot) place.

Shuck the oysters add them at this stage including all juices, and the warmth of the sauce will nicely warm the oysters.

To cook the fish place it skin side down on a hot pan (ovenproof)  with 2 tbsp of vegetable oil for 3 minutes or until the skin is crispy.  Place it into a hot oven for approx 5 minutes with the flesh side up

Remove from the oven and turn it over so the skin is up.

Top with crunchy nori and enjoy with a nice glass of white wine, Percorino works great