Now that you’re here why not take your time to amble around the cobbled streets and sample some of the best seafood you’ll find anywhere in the world! 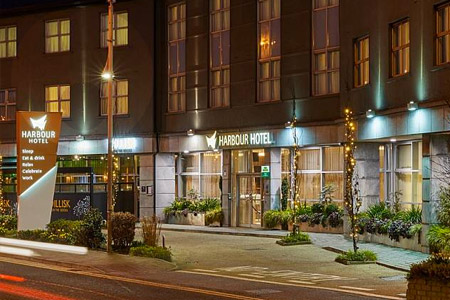 Dillisk on The Docks @ The Harbour Hotel

Dillisk on The Docks combines both modern-creative and traditional styles of cooking using only local producers. Our focus is authenticity, to sell local, delicious and remarkable food and drinks meeting the highest standards of quality, freshness and seasonality. We offer a whole new palette of flavours introducing the diner to seaweed, the unsung superfood of the sea among other locally sourced flavours.

Fusing this hand harvested vegetable from the pristine Atlantic Waters off the Connemara coast with mouth-watering tastes from local suppliers and artisan ingredients. 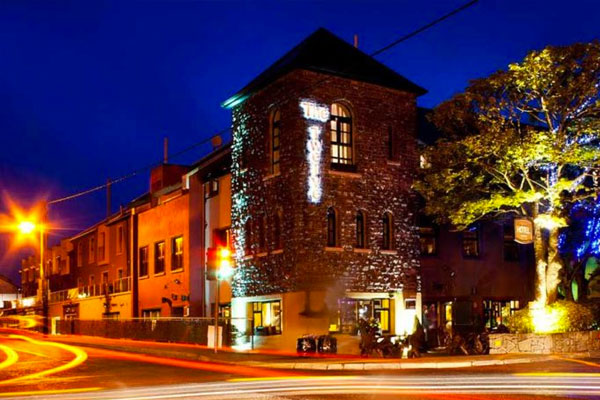 For that exquisite dining experience, book your table in the award-winning West Restaurant, a foodie paradise that offers contemporary dishes with a nod to tradition. West plays tribute to its strong West of Ireland roots with a menu influenced by rural practices of foraging, fishing and fermentation techniques and heavily driven by seasonality. The wine list alone has won numerous awards and again most recently “The Best Wine List in Ireland.”
Noted Pioneers of the Galway food movement, our belief is that by working with great local food producers, we can both impact on our region for the better and, at the same time, give you the opportunity to taste the true West of Ireland. In a nutshell, we are all about innovative cooking, outstanding wines, artisan products, and locally sourced, earthy ingredients.
Find us on the first floor of the Twelve Hotel, just ten minutes from Galway city, in the picturesque village of Barna. 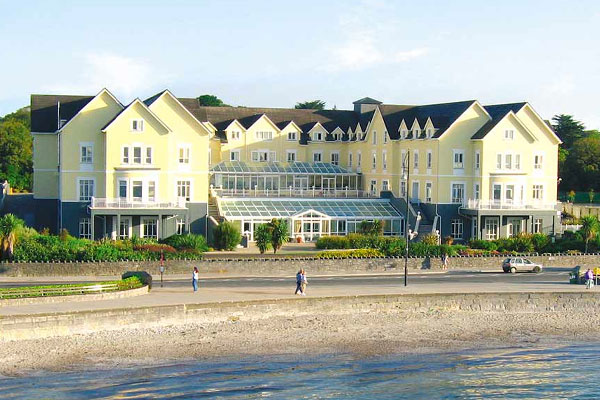 AFTERNOON SEA AT THE BAY – From €29 per person

Enjoy a seafood feast at the heart of the Wild Atlantic Way with Afternoon Sea at Galway Bay Hotel on Saturday, 28th September 2019 from 1pm – 4pm.

Take in the beauty of the Clare Hills and the watch the waves roll in from the comfort of our Seascape Lounge and allow our Executive Chef, Robbie Webster to spoil you with the freshest seafood and local produce, all served with style.

Pre-booking essential. To book your table call us on 091-520-520 or email: reservations@galwaybayhotel.com 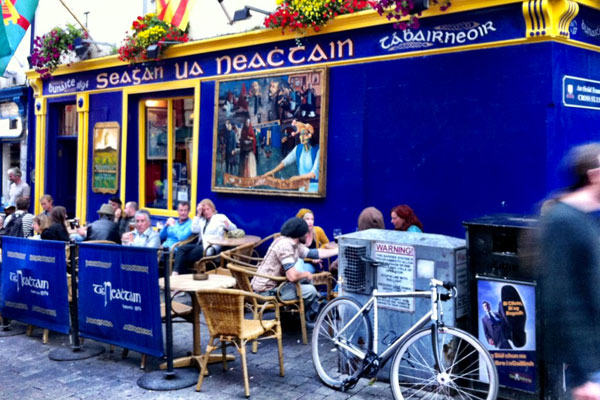 For this years Festival Tigh Necthains are offering some amazing specials  – Classic Chowder with a pint of Galway Hooker craft beer,  or Flaggy Shore Oysers, 3 Oysters served 3 ways with a glass of prosecco €12

Tigh Neachtain‘s Pub prides itself on showcasing the best live music in Galway, so why not pop in for your weekly dose of soul cleansing, enjoying their divine seafood selection accompanied by a pint of Guinness and glass of prosecco from the corner vantage point. Tigh Neacthain’s offers some of the best home grown talent there is and is ”Galway’s Favourite For Over 120 Year’s” – and they intend to keep it that way! 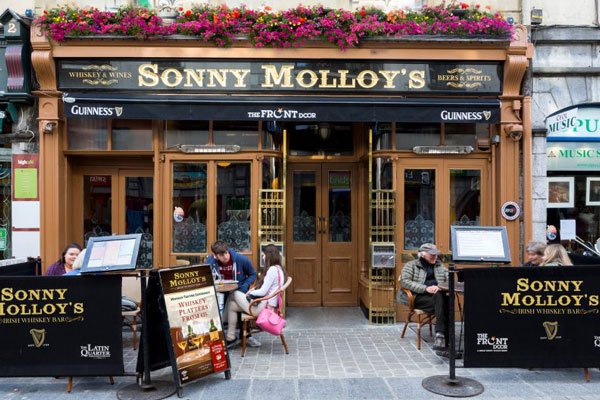 In the centre of Galway city you will find one of Ireland’s most popular whiskey bars. Sonny Molloy’s is your friendly local, with an extensive whiskey and drinks selection. It’s also one of the only bars in the word to display the complete Midleton Very Rare Whiskey collection, and is part of the famous Galway Whiskey Trail. Follow Sonny Molloy’s on Facebook or Twitter for more details. 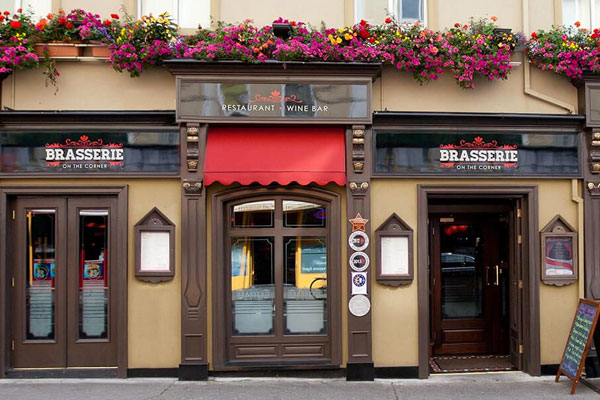 Brasserie on the Corner

Specialising in Seafood & Steak dishes, Brasserie on the Corner is a multi-award winning restaurant just off Eyre Square. The focus is always on quality, upscale casual dining – using local and seasonal produce to create each dish. Throughout the festival, Brasserie on the Corner will be serving a range of special oyster and seafood dishes to savour. For further details visit www.brasseriegalway.com

Situated on Middle Street in Galway city, the award-winning Cava Bodega showcases the very best of Spanish food and wine, in particular the global phenomena of tapas.

JP and Drigín first opened Cava in 2008 in Dominick Street and relocated to Middle Street in 2013. With the relocation came an opportunity to invigorate the restaurant. JP, working with local farmers and artisan producers, created a new focused menu taking the best from local and Iberian influences. Drigin designed a contemporary space with a strong focus on exposed and reclaimed materials to match the colourful and lively atmosphere of Cava. And in September 2013 Cava Bodega was born. Proven to be as popular as ever with the locals, tourists and food critics are also singing its praise.

Cava Bodega is a great example of the international trend for good ethical casual food in a shared environment– with tapas, food is passed around the table, communal style, the dishes breed discussion and provide an alternative approach to eating. 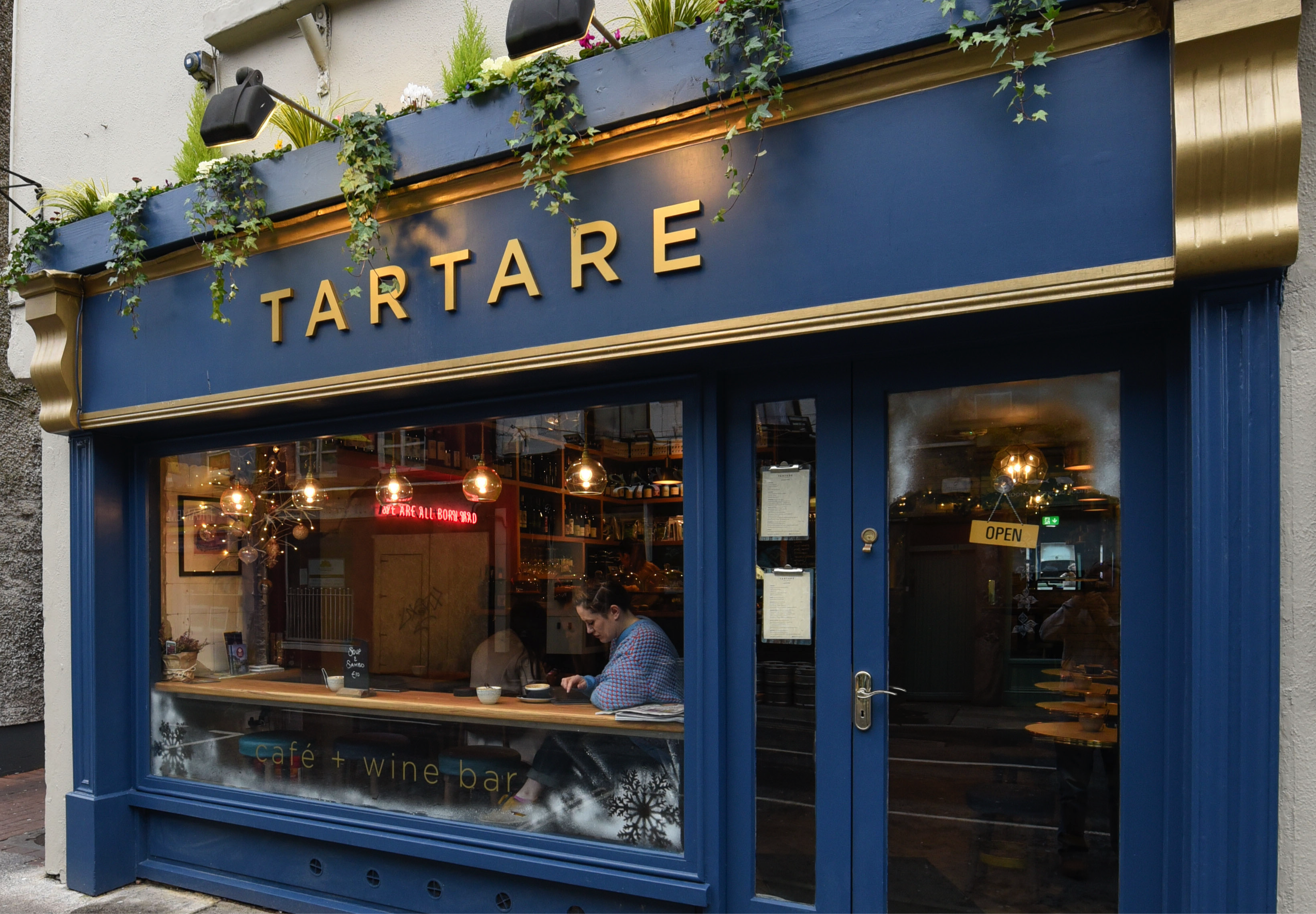 This year Tartare’s Festival special is

A trio of oysters (one of each from the menu) with a glass of sparkling Dominio de la Vega ‘Idilicum’: Macabeo (Spain, NV), €15

All of the dishes on both the daytime and evening menus draw on a wealth of in-season West of Ireland produce. The atmosphere in Tartare matches the food with its contemporary, stylish and laid back feel.

The wine list is made up entirely of organic, biodynamic and natural wines.

In addition, the menu celebrates Irish farmhouse cheeses and charcuterie with a selection of boards.

In October 2018, Tartare was awarded a Bib Gourmand from the Michelin Guide. The Bib Gourmand celebrates simple and skillful cooking, alongside good quality food at a good value. 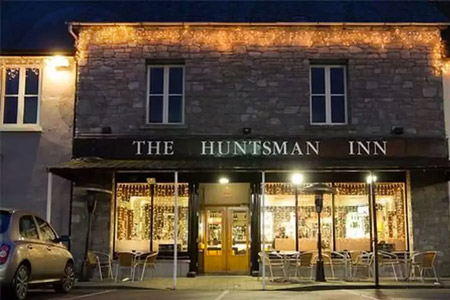 We strive to keep our menu fresh, inviting and innovative. We source foods locally where ever possible. We watch trends and constantly adjust our menu to cater for the demands of our customers. Whether you want a traditional beer battered fish and chips or Mediterranean style platters we have sourced the ingredients from the best possible sources. All our scones, breads and desserts are baked freshly in house everyday. We look forward to serving you Breakfast, Lunch, or Dinner at the Huntsman Inn when you visit us in Galway 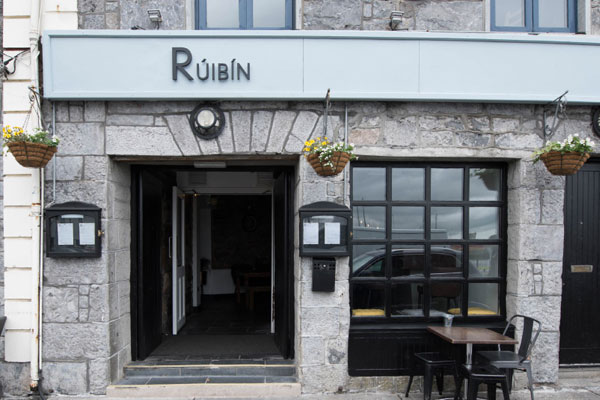 Rúibín restaurant and bar is located on Ireland’s Wild Atlantic Way.  Situated in the heart of Galway, it overlooks the city’s historic docklands.  The building, which is also the birthplace of Pádraic Ó Conaire is now owner run by Alice and Richard.  Alice’s ethos in the kitchen focuses on local seasonal Irish ingredients. However, in her cooking of this produce you will find influence from around the world.  The bar located on the ground floor serves lunch from 12 – 3 and bar snacks with a twist in the evening from 4pm. The restaurant upstairs@rúibín opens from Wednesday to Saturday and has some of the best views in the city. 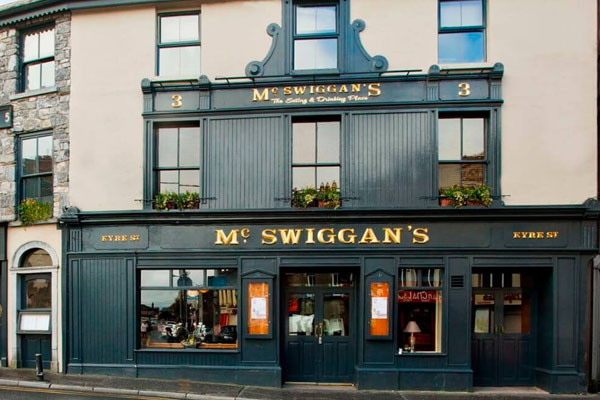 At McSwiggans we have been welcoming customers for over 30 years. Our commitment to quality food, service and our extensive wine list are the major factors that have enticed our friends and customers to dine with us year after year.

The dedication we have to the service we provide along with a real love for what we do has made us popular with families & friends looking for a warm welcome at the door and fresh food on the table.

We take great pleasure in giving our customers our utmost care and do our very best to ensure they leave us happily replete. Here’s to 30 more! 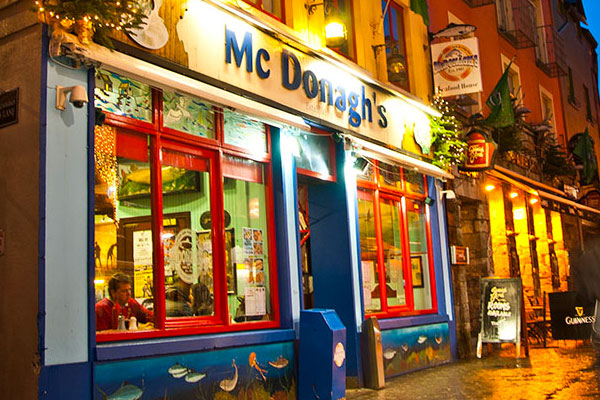 At McDonagh’s, we have been tantalising the tastebuds of both visitors and locals alike for four generations.  Established in 1902, we bring over 115 years of knowledge to serving the best seafood and have earned a reputation as one of Ireland’s finest seafood houses.  In our Seafood Restaurant, you will find a wonderful variety of fish dishes on the menu, ranging from the native Clarenbridge oyster to salmon, mussels, scallops and hake.  There’s also the Fish & Chips Bar, where our fish is cooked to order.  Orders can be enjoyed on the premises or taken away and there is also outside seating during the summer months.

At the heart of Galway’s social scene, The Front Door pub is one of the city’s most popular bars with food and drinks served daily. During the festival weekend, you can enjoy 3 Oysters & a pint of Guinness for only €9.95. There will also be a host of seafood dishes on the menu from ‘Catch of the Day’ to traditional beer battered Fish & Chips. Visit www.frontdoorpub.com 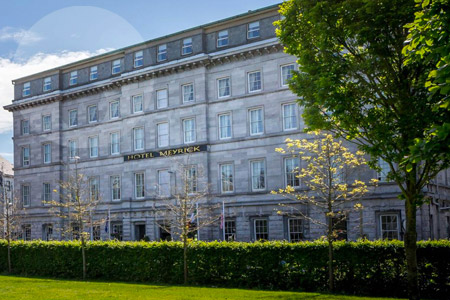 An iconic Galway landmark with an intriguing history. (Formerly the Meyrick)

Standing proudly on the famous Eyre Square since 1852, The Hardiman Hotel offers generous hospitality with a familiar, easy charm that makes guests feel right at home. For over a century and a half, this Grand Old Lady has played host to many notable guests and countless special occasions. Now it’s your turn to be part of this long tradition.

The Hardiman is a flawless combination of Victorian grace and opulent luxury. Located right in the heart of Galway City, just a one-minute walk from the main transport hubs. Whether you are joining us for pleasure, or are here on business, the beating heart of our city is right on your doorstep.

Perfectly positioned – Within strolling distance of all the best amenities that Galway has to offer. From bars and theatres to restaurants and historical sights, you’re right in the centre of Galway’s bohemian social scene.

The Hardiman is the perfect base to explore the Wild Atlantic Way. Discover the Cliffs of Moher, the Burren, the Aran Islands and the wild beauty of Connemara. 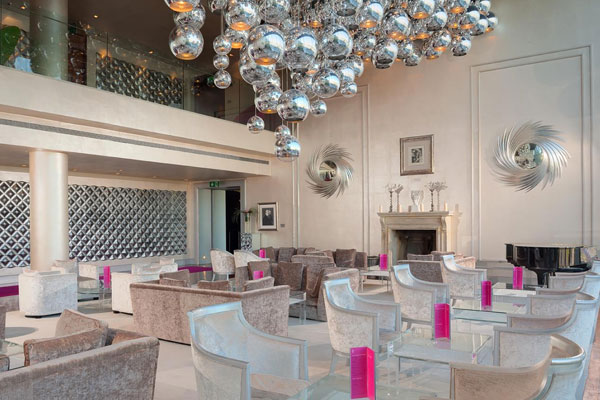 Our culinary team at Restaurant gigi’s presents a wealth of sumptuous dishes inspired by local ingredients and seasonal produce. Restaurant gigi’s has been awarded 2 AA Rosettes for culinary excellence for the past 5 years which is a testament to the quality of restaurant and passion of Head Chef Jason O’Neill Sous Chef Andy Lewis and their team. Restaurant gigi’s was also awarded Best Hotel Restaurant in Galway at the Irish Restaurant Awards. The 80-seater restaurant echoes the sea theme which inspired Design Director Philip Treacy including large curved banquettes in purple velvet designed to cocoon and envelop, and jewel coloured Andrew Martin chairs. 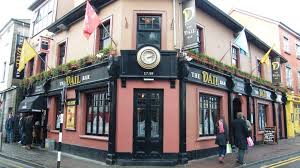 In the centre of Galway’s Latin Quarter, The Dáil Bar is your friendly local in the city. Serving some of the best pub grub you’ll find in Galway city. Durign the oyster festival there will be a host of seafood dishes for customers to enjoy. And if cocktails are your thing, the bar was winner of ‘Best Cocktail Experience in the World’ at the Irish Hospitality Global Awards. www.thedailbar.com for more information